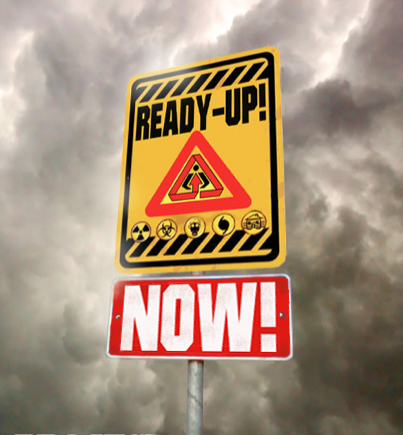 Ready-UP NOW! ®  is a self-reliance, disaster preparedness, sustainable living education and training program. It can be a town hall, expo, convention or, a combination of all three. It can also be presented as a lecture, workshop or, special training sessions such as the I.P.N. Evac-U-Walk drills where participants learn how to evacuate from disasters in urban areas by foot or bicycle.

Each presentation features self-reliance/preparedness and sustainable living experts that provide participants with information that will assist them in attaining the skills, materials and equipment needed to prepare, respond and recover from disasters, remain self-reliant after they strike, and learn about how to protect and preserve our planet  “Spaceship Earth” for future generations by living sustainably. They can even learn how to unplug from the system, become completely independent and get “off the grid.”

Taking a cue from the extremely successful Los Angeles & New York Comic-Con’s, Edwards wanted to create a similar event that would provide the pubic with an innovative, and exciting new way to learn about disaster preparedness, self-reliance & sustainable living.

Edwards used his expertise in the aforementioned subjects and media savvy combined with a special skill — with first rate stand-up comedy chops he honed at the Apollo Theater & Comic Strip back in the mid 80’s (Entertainment Tonight called him the world’s most dangerous comic)  to develop a premium cutting-edge production that would not only be informative, but also engaging and entertaining.

He then enlisted the aid of his friends Peabody Award winning broadcast journalist Bob Slade, Grammy award winning composer and musician James Mtume, former Federal Judge Bob Pickett and Producer Fatiyn Muhammad.  They were also Co-Hosts of the NYC area radio talk show called “The Open Line.” Edwards had been regularly featured on the popular program as a contributing guest and resident expert on disasters & emergences since 1997.

(in February 2001, Edwards predicted the week, time, method and location of the  911 WTC attack on Open Line.  A year earlier, he also predicted that Anthrax would be used in terrorist attacks against civilians)

They believed in the idea and convinced their station’s parent company Emmis Broadcasting to sponsor the first production. On Friday, July 8 2011, the first Ready-UP! event was presented at St. Francis College in Brooklyn NY.

It was a smash success and included representatives from a wide range of preparedness/self-reliance/sustainable living groups such as the Bedford Stuyvesant Volunteer Ambulance Corp,  The Salvation Army, Riverkeeper and many others.

Ready-UP NOW! was intended to tour nationally but was cut short due to a family tragedy, the death of Edwards mother and his grandmother’s stroke that happened nearly simultaneously. Over the course of the next three years, Edwards was a caregiver to his grandmother while she recovered. 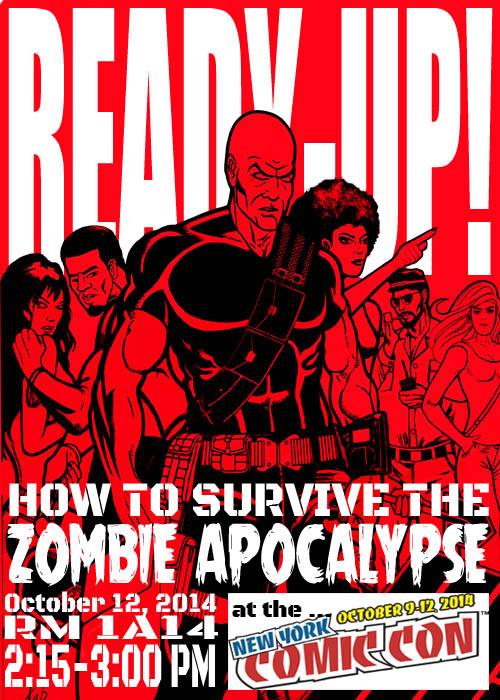 The latest incarnation of Ready-UP NOW!  has a much broader and even more urgent agenda.   It was initially created to  address the water crisis in Flint, Michigan. Edwards teamed up with Detroit native and R& B artist Davina Bussey to create a program to help provide the people of Flint with new and revolutionary technology that can provide them with lead and contaminant free water.

As more cities began to identify serious problems with their water safety, such as the abominable situation at the Navajo reservation in New Mexico where residents  drink and use water contaminated with radioactive uranium and other toxic materials.  The Standing Rock Water Protectors and their fight against the completion of the Dakota Access Pipeline (DAPL) also motivated Edwards to make new additions to the program.

On September 3, 2016, the direction of Ready-UP NOW! took a major turn after attack dogs were unleashed against the Standing Rock Water Protectors in North Dakota.

Soon after In November, Donald Trump was elected as President of the United States.  At that point, it was plainly evident to everyone involved in the project that the United States had taken an ominous turn and that Ready-UP NOW! needed a top-to-bottom overhaul to properly address the rapidly changing and increasingly hostile environment across the nation.

The last and final version of Ready-UP NOW! is designed to address the principal agenda along with a self-defense component to teach individuals how to protect themselves from racially/religious motivated violence.

White Nationalist Hate groups and sympathetic supporters are growing increasingly bold and aggressive.  Their numbers have increased to such a degree over the past few years that they can no longer be dismissed and considered a “fringe element.”

The frequency and severity of their crimes points to a trend that shows no sign of abating.  Their primary targets, African-Americans, Jews, Muslims, non-white Latino’s and increasingly Asians must learn how to defend themselves against unprovoked and violent attacks.

Future incidents may eclipse the types staged by Dylann Roof and may include mass casualty events such as the terrorist bombing by Timothy McVeigh against the Oklahoma Alfred P. Murrah Federal building in 1995 where 168 people (19 were children) died.

Others such as William J. Krar have prepared chemical and crude bio-weapons to be used against the residents of black and brown communities.  He died in 2009, but there are many others across America who have the same intentions, and the skill to make it happen.

The threat is real and Ready-UP NOW! will help to inform at-risk communities and individuals about the methods they can utilize to prepare for and protect themselves from race/religious related violence.

At each presentation, the Ready-UP NOW! team will:

• Conduct training workshops before or after each town hall/forum/presentation.

In addition, Ready-UP NOW! ® productions will also include guest speakers, entertainment, film and video presentations, product giveaways, and contests and, other disaster preparedness, self-reliance & sustainable living related not-for-profits and NGO’s That register with and, are accepted into the program.   They will be featured in a special section on the I.P.N. website, promotional materials and, in selected events.