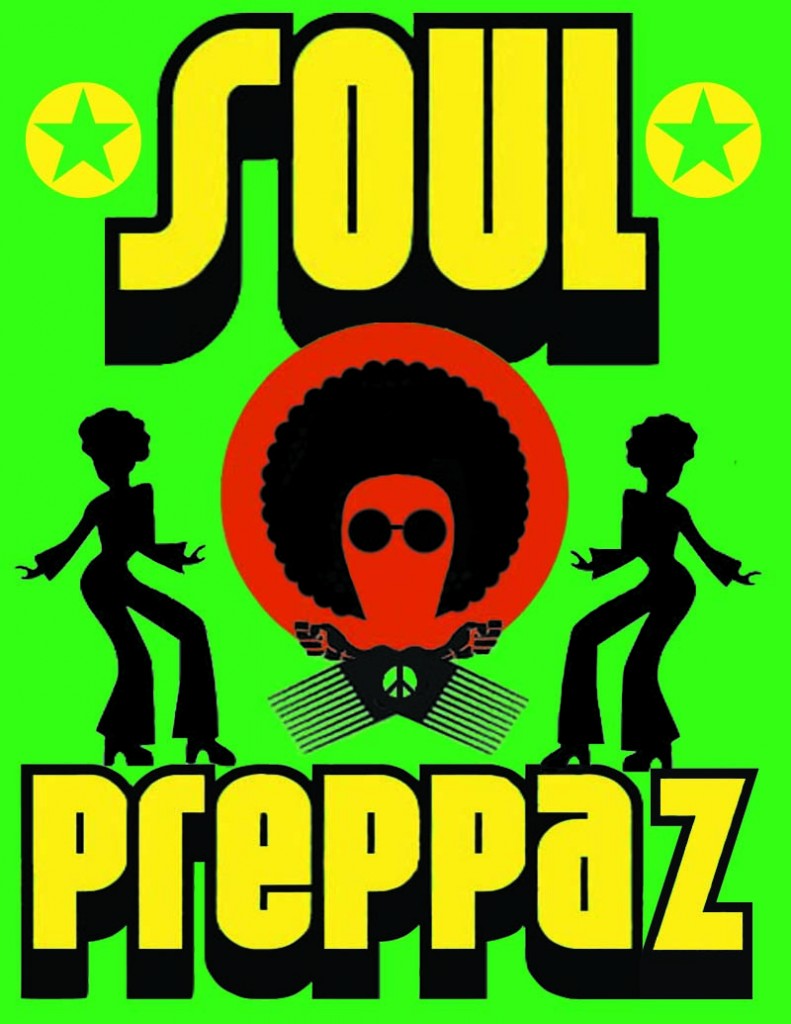 Over the years, I’ve had the incredible opportunity to work with some wonderful folk from the entertainment industry that have been supportive in helping to spread our message of disaster preparedness/response & sustainable living.  Of all that I have met and known, Davina Bussey stands out as one of the biggest talents.  She is also a longtime preparedness advocate and practitioner who has been a member of I.P.N. since the late 90’s well before the global prepping craze began.

Besides being an award winning singer, composer, arranger and recording engineer, she is also an organic gardener, and environmental activist that has infused all of this into her music. 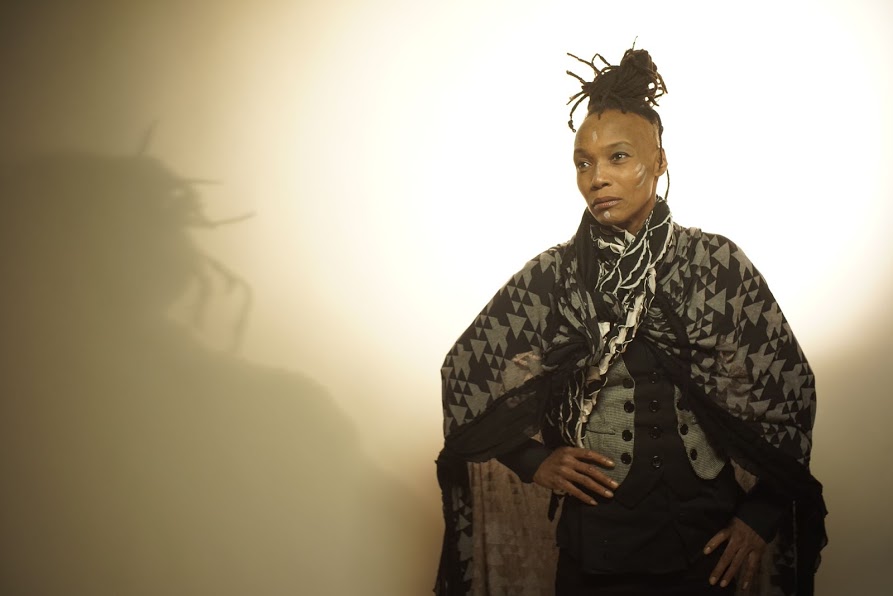 Back in the late spring of 2014, I had a conversation with Davina about how to make preparedness more attractive to the African-American community.

For the most part, we discussed how local and federal programs created to raise awareness and promote disaster preparedness have had little to no effect at all on the public.  Literally millions of dollars spent to create advertising campaigns that are clever — but, in reality do nothing other than to employ advertising executives, photographers, graphic artists and models that they use in the ads.

Nobody is really paying attention — and this is especially true in inner city communities.  Speaking frankly, the only disasters that most folks who live in these areas are worried about these days are crime, unemployment and, as we have seen most recently with the Michael Brown and Eric Garner cases and protests, police brutality.

Sadly, when disasters do strike, it is the residents of these areas that are in the most need of preparedness as they are highly vulnerable to disasters when they strike; due to several factors including their locations.  Many live in low lying areas near rivers, lakes and the ocean, old poorly maintained homes,  industrial areas etc.  Most have no vehicles to escape disasters or, don’t have finances to purchase preparedness gear and supplies.  Or gas — if they have a car.

Another big reason why the message doesn’t resonate with us is that after Katrina, black folk – and I’d say at this point most Americans have very little (if any) confidence in F.E.M.A. (Federal Emergency Management Agency) despite their efforts to improve themselves.   It’s not like F.E.M.A. has helped to dispel these feelings as anyone in the New York City area that suffered from the impact of Hurricane Sandy will tell you.  Many are still wrestling with F.E.M.A. for aid and assistance that will almost certainly never come.

In the final analysis,  their “urban” outreach programs  (urban is a codeword for black, latino) have fallen far short of their mark – to say the least.  The C.E.R.T. program (Community Emergency Response Training) has fared a little but better, but not nearly enough to make a significant difference.

Something else is needed to reach this community —  and we knew exactly what it is.

A standardized and otherwise bland approach won’t work with us.

We may be American by culture and location but the drums of mother Africa still beat in our hearts.

You hear it in our music — in the way we walk, talk, play sports, dance , pretty much everything we do is infused with that special spark that we call soul.

We both agreed that if you’re going to reach black folk with a message, they need to be moved emotionally by it.    Even I’m guilty of ignoring this fact.   For the most part, when I appear on TV or do radio spots, my approach to the subject has been pretty straightforward and I guess you could say … rather bland.   That style is great for a newscaster, but it won’t motivate us to do anything other than either ignoring what I say, or … just switching the channel.

I’ve always known that reaching my folks requires a much different approach — but I just didn’t want to do it!  Black folks are accustomed to a far more energetic and soulful style of speaking — the kind you see in a church!  I know how to speak like a preacher, but if I tried it on national TV, you could bet that I’d be quickly be escorted to the exit.

Since that option isn’t open to me, the only other pathway to our hearts is music.  There is no way to understate its value to us.

Our music has helped us to endure the many struggles we have encountered since our ancestors arrived on these shores.

Davina and I knew that it can play a very critical role in helping to get it across and nothing would work better to reach the masses than hip-hop.

I’ve had this same conversation with many of hip-hop’s most prominent artists and proponents including Chuck-D, Afrika Bambaataa, Ernie Paniccioli and, many others.  Jumel Redd Omegga Dillard, an I.P.N. founding member and hip-hop artist who actually wrote a theme for I.P.N. called “The Day The Earth Died” – a song written in 1999 about an attack on the World Trade Center.

I can tell you that Chuck, Bambaataa, Immortal Technique and many others in the industry that I’ve spoken with about the subject feel the same way that Davina and I do about this subject.  They know that we need to prepare for disasters, but don’t know exactly how to tackle the subject.

It’s powerful material, but unfortunately, they no longer receive the media attention needed to help spark trends.   If Jay-Z, Kanye, or Nicki Minaj dropped a hot song or an album about disaster preparedness, I can guarantee that it would become the next new craze.  Flashlights and multi-tools may not replace Air Jordan’s but they would almost certainly become far more popular, and a fashion accessory.  They also go well with Timberlands

I know that the community wants the information.  It’s really about how  it’s delivered and who they get it from.

All that is needed is something that can help light the fuse that will set it all off.

I knew that to begin, We needed to modify the practice into something that would immediately resonate with us.   Davina began to brainstorm and create new songs that specifically speak to preparedness and its importance to our community.  One of the first is called Ready-UP!  featuring OG Smokeahontas.

I’ve also reached out to many of my associate and colleagues within the world of preparedness across the nation to help create a new form of disaster preparedness — called SoulPrepping.  In short, SoulPrepping is more holistic than the standard practice.   It’s also more of a culture than a practice – just like hip-hop!

SoulPreppaz are individuals that are dedicated to not only preparing themselves for emergencies, but also their churches, schools, businesses & community. Soul Preppaz also practice sustainable living — to help preserve Mother Earth for future generations.

A special emphasis is placed on gardening, such as the Guerilla Gardening pioneer Ron Finley in Los Angeles.

Finley days that “growing your own food is like growing money” and plants gardens all across Los Angeles – alongside highways, in abandoned lots, curb sides or anywhere vegetation can grow.   He envisions a world where as he says “gardening is gangsta” and poor communities across the nation can enjoy fresh produce.   This is a major principal in SoulPrepping.  Work like his and another gardening pioneer, Will Allen of Growing Power

Health and fitness is another major part of SoulPrepping.   The African-American community suffers from diabetes, asthma, cancer, hypertension and other diseases that diet and exercise can help to diminish and in some cases completely eliminate.

All SoulPreppaz must conform to a dietary and nutritional protocol that helps to maximize and maintain their health fitness and well being.

Self-defense is a major part of the SoulPreppaz program.  America’s inner cities have high crime rates that expose many of the residents to violence.   A SoulPreppa must know how to protect themselves and their family from violent crime.

Finally, all SoulPreppaz must strive to become self-reliant!   We must learn to as Marcus Garvey once said Do For Self – in fact, all SoulPreppaz are truly “DoForSelfers” who will learn that it will not only prepare them for disasters but also, improve their quality of life.

This is the goal that we have set to achieve for 2015 – to build a national collective of African-American SoulPreppaz who are ready to deal with any disaster or emergency.  Take our pledge and join us!

And we will reach out and send you our info!

Stand by for an upcoming interview with me and the artist Davina as we speak about our plans for the SoulPreppaz Society!

“I hereby pledge in the name our blessed ancestors to always be prepared for any disaster and emergency.  I vow to develop the skills and acquire the tools that will allow me to protect my family and community”